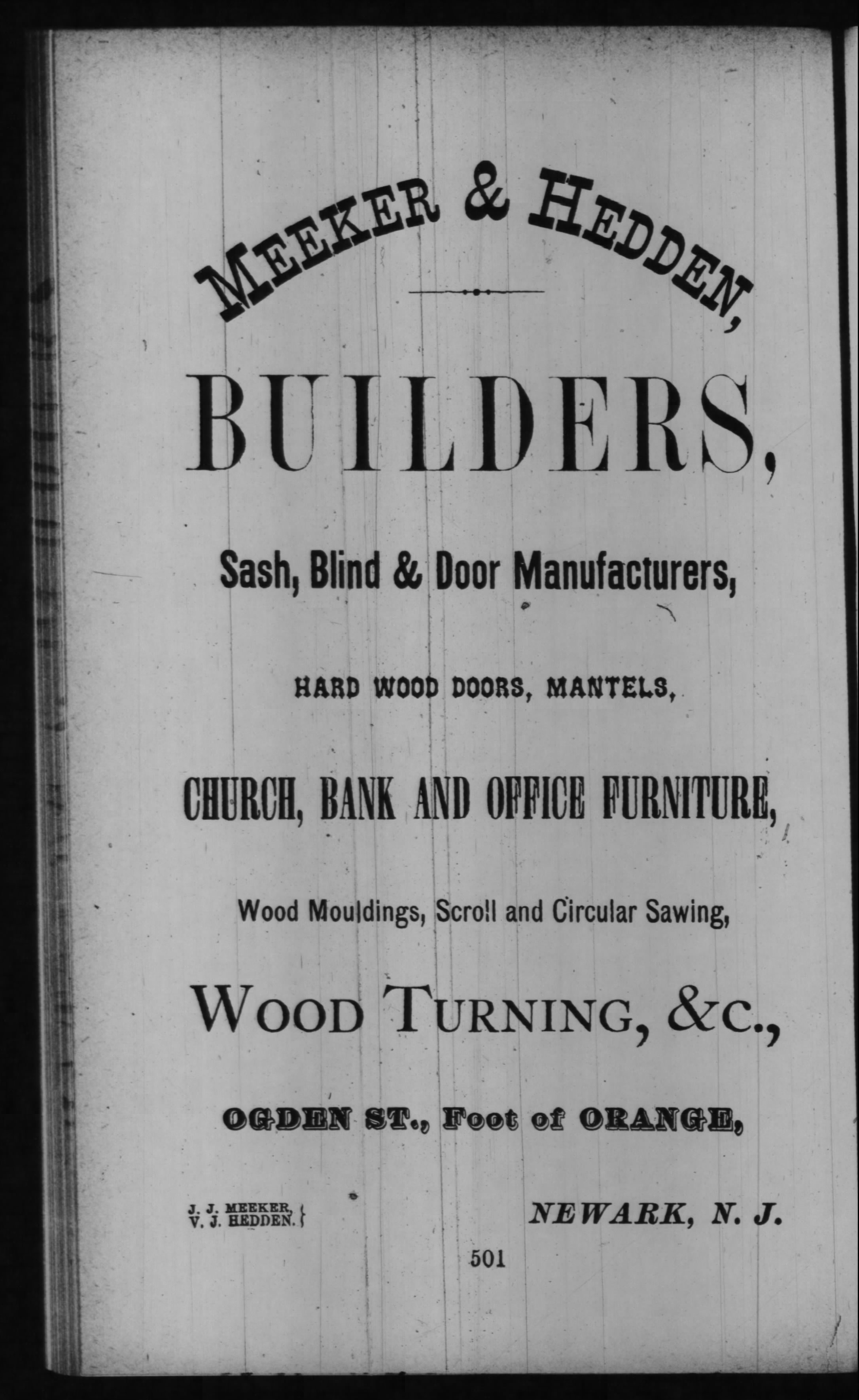 Joseph J. Meeker, the well-known builder of Newark, died from heart failure at his temporary home in the Westminster apartment-house, at Sixteenth street and Irving Place, yesterday. He was born and always lived in Newark, and was identified with many enterprises that have contributed to the rapid growth of that city. He was a builder all his life, having started in that business, when a young man, and was associated with Mr. Hedden, under the firm name Meeker & Hedden, for thirty-two years. They built the woodwork of the Produce Exchange, a number of the elevated railroad stations, and did a great deal of work for the Central Railroad of New Jersey.

They also rebuilt the Thirty-fourth-st. horse-car stables after they were burned a few years ago. Mr. Meeker was a director of the North Ward Bank of Newark. His father, Elly Meeker, is still living at the age of eighty-nine. He leaves a wife and two daughters. The funeral will be held in Newark on Tuesday.